I want to explore tension in the suboccipital muscles and what the causes of that tension may be. First, let’s make a direct connection between the position of the occiput on the atlas (C1) and tension in the suboccipital triangle muscles (namely: rectus capitis posterior major, rectus capitis posterior minor, obliquus capitis inferior, and obliquus capitis superior). These suboccipital triangle muscles have attachments on the occiput, the atlas, and the axis (C2). To maintain normal tension in these muscles – tension that is balanced from left to right in which the muscles are not painful and have no restriction – the occiput needs to sit straight, balanced, and buoyant on the atlas. Does this sound like anyone you know? How about yourself? Is your occiput in that position?

So, assuming that my facetious questions above have not been answered with resounding yeses, how does the occiput become twisted on the atlas? The first thing we need to look at in the world of technology we now live in is a muscle in the front of the neck called longus capitis. Longus capitis originates from the transverse processes of C3 through C6 (this will become important to us in a bit) and it inserts on the basilar aspect of the inferior occiput. Basically it inserts anterior to the foramen magnum on the bottom of the occiput. You have two longus capitis muscles, one on each side of your anterior neck. The longus capitis muscles contract during flexion of the neck (think of the position your head may be in now if you are reading this on a tablet or phone – chin toward chest) and same side rotation (so, if you are holding that tablet or phone in one hand while trying to do something else with the other hand, like drive or something). 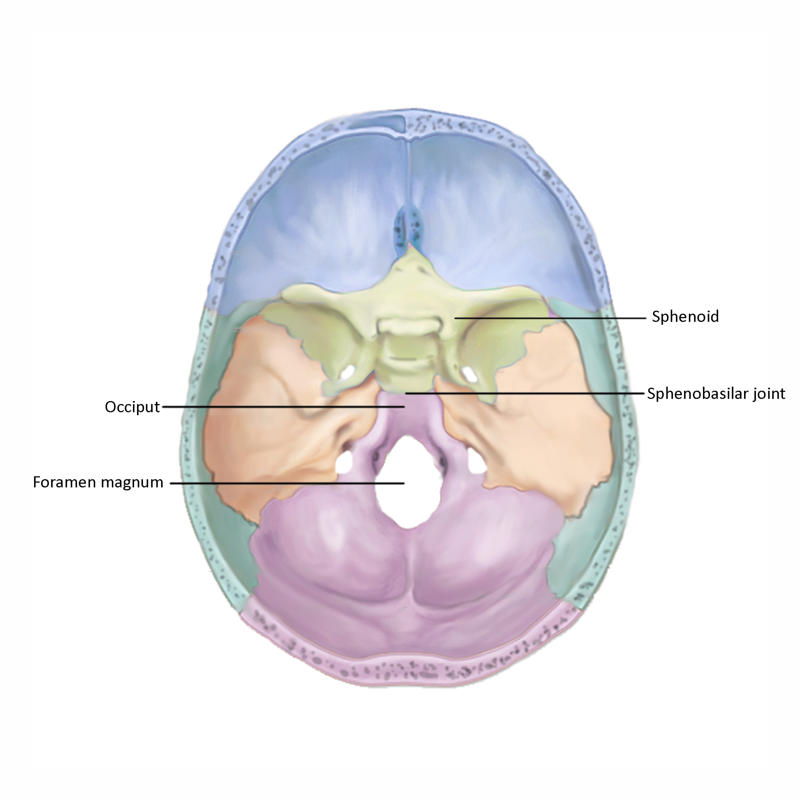 When one longus capitis becomes tightened and short from the chin being toward the chest with the head slightly rotated in that direction, that muscle pulls the occiput to that side. Instantly the suboccipital triangle muscles are shortened on one side, generally the same side that longus capitis is shortened on. Maybe you never find yourself in this posture with the neck flexed and off slightly to one side. There is another possible way that longus capitis can become shortened and pull the occiput into a twist. Earlier it was noted that the muscle originates from the transverse processes of C3 through C6, which happens to be the exact origin of the anterior scalene muscle.
A shortened anterior scalene muscle can reduce the space between these four cervical vertebrae. When that space is reduced, longus capitis will become short in response and pull the occiput to that side. So what makes anterior scalene tight? Well, many things, but one specifically would be an imbalance in the first rib position. Why? Because anterior scalene inserts on the first rib. The first ribs can become imbalanced by sleeping with one shoulder hiked under the head, carrying a bag predominantly on one shoulder, cradling the phone between an ear and its corresponding shoulder, etc. 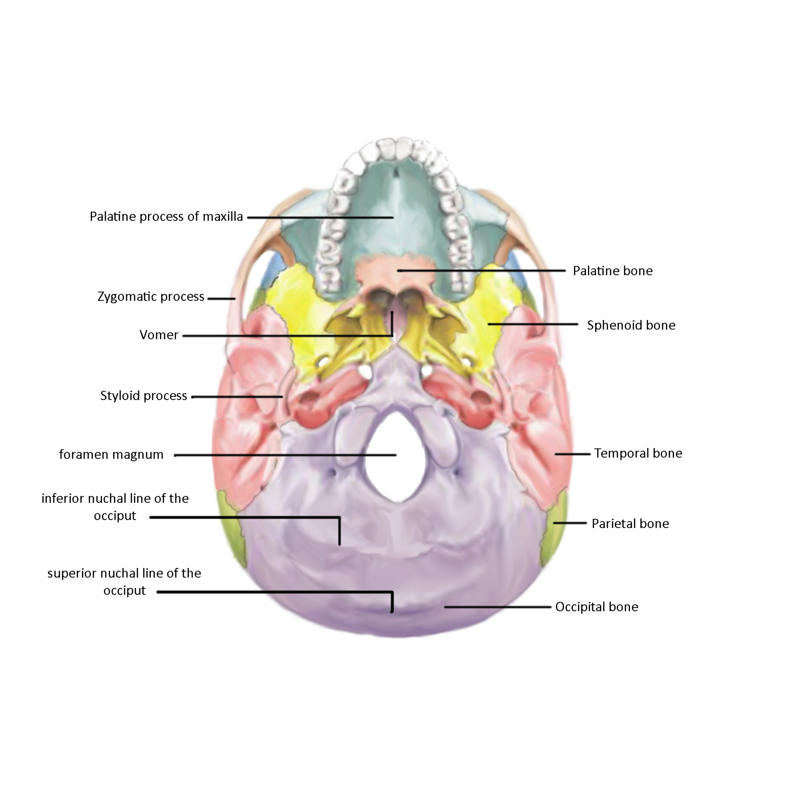 So, to recap what we know so far, tension in longus capitis can pull the occiput to one side and cause tension in the suboccipital muscles. That tension can be caused by tech neck and what it does to the anterior neck or by an imbalance in the first ribs. For another possibility as to why the occiput may be shifted on the atlas let’s look into the cranium. The occiput articulates with the sphenoid in the middle of the cranial base to make the sphenobasilar joint. The sphenoid articulates with almost every other bone in the head.
While it is absolutely possible that the position of the occiput can create pressure on the sphenobasilar joint and the sphenoid itself, it is just as possible that jaw issues, sinus issues, or any number of other things going on in the head can shift the sphenoid. This would put pressure on the sphenobasilar joint and could potentially shift the position of the occiput. Let’s say that the sphenoid has shifted very mildly to the right in response to an issue in the right upper jaw. This mild shift will put pressure on the sphenobasilar joint. The sphenoid will enlist the occiput to help take that pressure off the joint. The occiput responds by twisting to the right and creating a right side rotation of the head. This right side rotation could shorten the right longus capitis, which could create reduced space between the third and sixth cervical vertebrae, which could shorten anterior scalene, which could pull the right first rib superior toward the neck and head…..
And where would all of this be felt in the human body? Most often it would be felt as pain and restriction in the suboccipital muscles, those small tissues at the base of the skull (or top of the neck, if you prefer) that are fighting to regain the balance of the occiput. So, if you are a massage therapist, do not beat up on the suboccipital triangle, work with other structures first to allow the occiput to regain balance and then work the suboccipital muscles. If you are a person who gets headaches in this area, put the ipad and phone away, lift your head up, and tell your massage therapist to work with these other structures to give you lasting relief.
Posted by Unknown at 16:31 No comments: